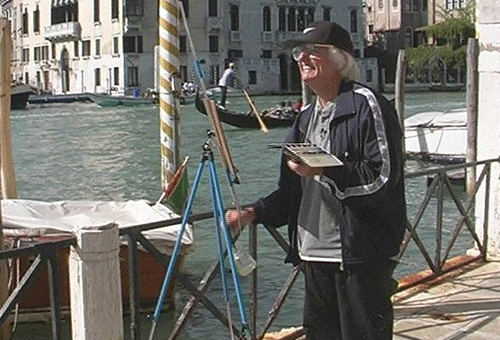 London-born Ken Howard R.A. studied at Hornsey College of Art and the Royal College of Art. He was the official artist in Northern Ireland 1973-80, became an elected member of the Royal Academy in 1992 and was awarded the OBE in 2010. Ken is a past president of the New English Art Club and a member of all the major art societies. Since 1955 he has had numerous one-man exhibitions worldwide and his paintings are in many public collections. Ken was appointed Officer of the Order of the British Empire (OBE) in 2010's birthday honours.

Inspired by Light: Painting in Oils

A Vision of Venice in Watercolour

A Vision of Venice in Oils

Variations on a Theme